Malaysian and ASEAN senior diplomats and officials convene online for a three-day diplomacy course, to strengthen cooperation in maritime security and connectivity with the EU towards stability in the Indo-Pacific 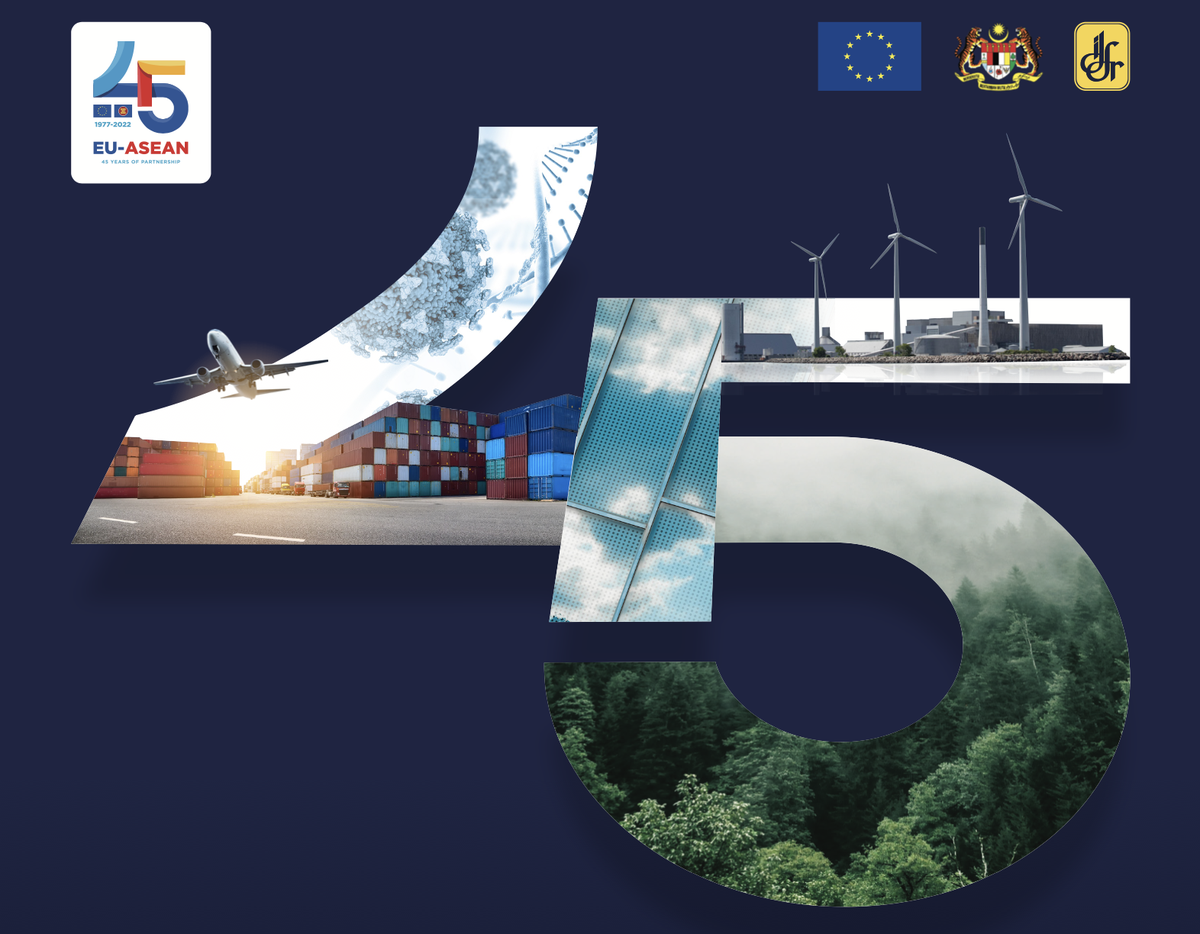 The ‘2nd EU-IDFR Diplomacy Course’ jointly hosted by the EU Delegation to Malaysia (EUD) and Institute of Diplomacy and Foreign Relations (IDFR) returned this year from 26 to 28 October 2022 under the theme ‘45 Years of the ASEAN-EU Relations and the Road Ahead’.

Co-organised with IDFR’s Centre for Political Studies and Economic Diplomacy (PSED), the course brought together 53 high-level officials from foreign affairs and other ministries in Malaysia and across ASEAN. It raised awareness of recent initiatives such as the EU’s Global Gateway – which prioritises investments that stimulate connectivity between the EU and ASEAN – and explored ways to leverage the EU-ASEAN Strategic Partnership in the scope of the EU Strategy for Cooperation in the Indo-Pacific.

Dr Maaike Okano Heijmans, Senior Research Fellow at the Clingendael Institute, introduced the Global Gateway as a strategy between 2021 and 2027 to boost smart, clean and secure links in the digital sector. Smart investments in quality infrastructure will strengthen connections between Europe and South-East Asia, where the internet economy is expected to reach USD 300 billion (approx. EUR 288.2 billion) by 2025.

Maritime security was also discussed as a key area for strengthened ties between the regions, which must be based on shared values, interests and visions in a fast-changing Indo-Pacific. Dr Adina Kamarudin, Director General of the Department of Maritime Affairs at Malaysia’s Ministry of Foreign Affairs, stressed that no country can work alone on these issues and thus requires international partners.

The EU’s partnership with ASEAN – as its second largest source of foreign direct investment and third largest trading partner in 2021 – is fundamental to the EU’s presence in the Indo-Pacific, which seeks to contribute to regional stability, security and prosperity. Mr Lukas Gajdos, Deputy Head of the EU Delegation to ASEAN (EUD), anticipated that interregional cooperation would only intensify at the summit scheduled in mid-December to mark the 45th anniversary of EU-ASEAN relations.

HE Michalis Rokas, EU Ambassador to Malaysia, emphasised the EU’s commitment to ASEAN in promoting multilateralism, free and fair trade, and a rules-based global order. The blocs are prepared to advance this strategic partnership in a five-year plan of action for 2023 to 2027, and the EU and IDFR are expected to continue their joint support for this collaboration through further diplomacy courses.

Last year’s course was launched in July 2021 with a focus on sustainable trade and economic partnership between the EU and ASEAN. Its success resulted in a commitment to carry out further courses in 2022 and 2023.